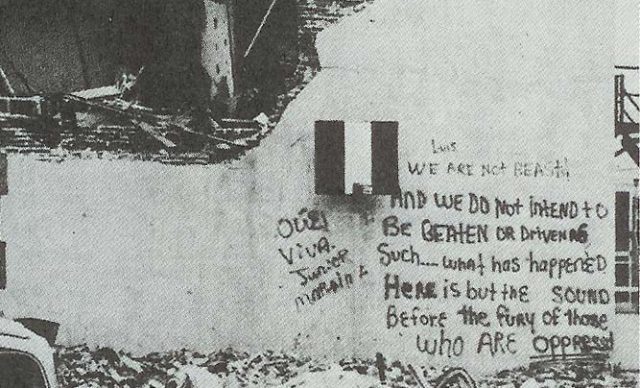 The Crusade for Justice was an activist organization part of the Chicano Movement. Denver played a critical role in the movement, making it a prime location for the Crusade’s headquarters.

This image shows the well-known artist Carlos Santistevan observing Chicano art at the Crusade for Justice Center. He was an activist in the Chicano Movement and a member of the Crusade, so this was likely not his first time at this building, and surely not his last. Santistevan would establish El Grito de Aztlan art gallery at this location. There is even some evidence to believe the featured image was taken while setting up for the gallery opening.   -written by Molly Kimbley