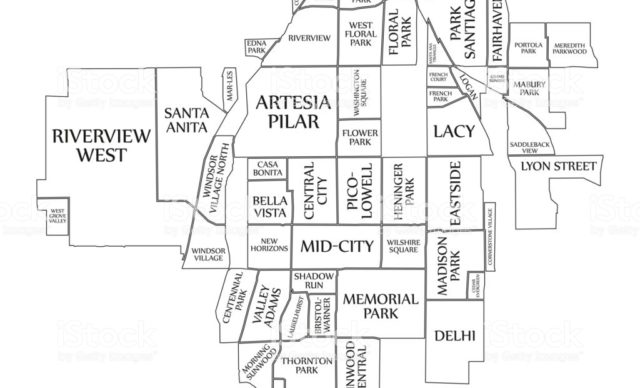 Artesia Pilar is located on the northwest side of Santa Ana, California.  Formerly known as Artesia, the area was low and swampy, unsuitable for farming.  The first residents of this barrio were Mexicans residing in substandard housing conditions such as one-room dwellings, house-courts, tents, and shacks.  The neighborhood was partially drained by the State Highway to paved West Fifth Street while Artesia Street (now Raitt) was paved by the city.  Even though gas and electricity was available in this barrio not all homes were connected. By the late 1950s there was a presence of blacks residing on Artesia between Fifth and Eight (now Civic Center) and along Bristol Street between Second and Fourth Street (now Santa Ana Boulevard).  El Salvador Park is within the confines of this neighborhood.

In prison, the inmates create "hallmark" greetings card to mail home. This image is a recreation of a card mailed to one of the kids from the neighborhood.

This mural pays respect to the young men who have lost their life due to gang violence. The mural is composed of two images: La Bomba and Lady SanTana. La Bomba is a type of a low-rider car favored by Mexican-Americans/Chicano youth. The guiding principle of low-rider cars are bajito y suavecito: "low and slow." On the sombrero of Lady SanTana it reads "SanTana;" Santa Ana is commonly pronounced as one word by long-term residents of the city.

In Mesoamerican cultures, Quetzalcoatl is an entity or deity which translates to the Feathered Serpent.  The Aztec Calendar was a calendar system used in Pre-Columbian times by the Aztec civilization.