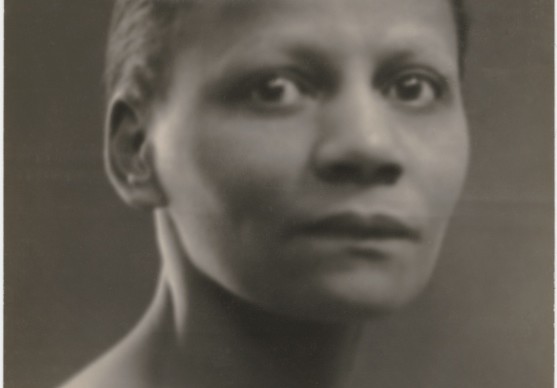 Nancy Elizabeth Prophet was the first African American graduate of the Rhode Island School of Design. She became a known Harlem Renaissance Sculptor and lived in New York, Paris, and Atlanta, before returning to Rhode Island. Prophet received financial assistance from Gertrude Vanderbilt Whitney 1922 to study in Paris. It was here where she attracted the attention of artist Henry O. Tanner. He was impressed by her work and recommended her for the Harmon foundation Prize, which she won. Prophet’s work was exhibited in Paris and received notable attention. In 1932, she returned to America and began teaching at Spelman College and then Atlanta University in 1939. However, she learned quickly that opportunities in art were limited for Black women.

Prophet returned to Rhode Island in 1945 and struggled to build a profitable career and with no connections and little money, she began to work in domestic service. In 1978, work was displayed as a portion of the “Four from Providence” exhibit at the Bannister Gallery of Rhode Island College.

In 1918, Nancy Elizabeth Prophet graduates from RISD, her training as a sculptor would take her to Harlem, Atlanta, and Paris. The RISD museum holds pieces of her work.

In 1945, a series of Nancy Elizabeth Prophet's sculptures were featured at the Providence Public Library's Negro art and Literature Exhibit.  This was the only exhibit her father attended, representing the first time he ever viewed her work.  Despite their supposedly troubled relationship, with muted joy, he claimed her gilded Terra Cotta piece was inspired by him.

After a poverty ridden artistic career, Nancy Prophet retreated to her elderly father's home at 112 Benedict Street.  It was rumored that the sculptor had a tumultuous relationship with her father, but during her small 1945 exhibition a gilded Terra Cotta mask was gloriously featured; according to her father, this painstaking piece was modeled after his visage.

Nancy Elizabeth Prophet, the first African American graduate from RISD, resided here before her Paris pilgrimage in 1922.  She lived with her father and husband after graduation, working on various artistic mediums before discovering her calling for sculpting.  During her stay at 62 Benefit Street, she was invited to exhibit one of her paintings, only to be notified that she was not allowed to “stand next to her work”; or in other words, the showroom was unfit for her “brown face”.  “Sick, but with dogged determination to conquer”, Prophet fled to hone her bust-work and sculpting with “the great masters” of Paris.