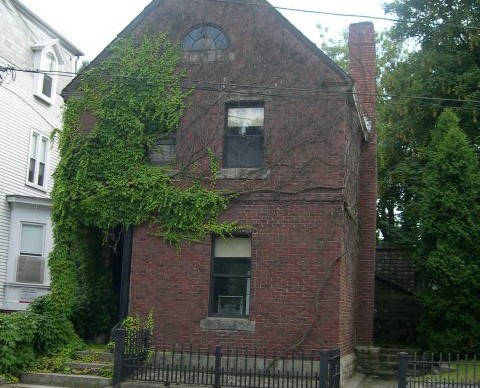 Edward Mitchell Bannister and Christiana Carteaux Bannister lived in this home from 1884 until 1898. The home is currently owned by Brown University.

Edward Bannister and his wife lived at 93 Benevolent St

Bannister and his wife Christiana Carteaux lived in the home for 14 years. Excerpt from speech entitled "Edward Mitchell Bannister Lived at 93 Benevolent Street" "At 93 Benevolent Street Edward Bannister rose up in the morning, walked though the rooms of his home, sat in the evenings and thought long and hard about Sabin Point, Narragansett Bay, and The Mill in Knightsville andLeucothea Rescuing Ulysses, and about A Man on Horseback And A Woman on Foot Driving Cattle.  He thought about Oxen Hauling Rails, and Fort Dumpling at Jamestown, and a Street Scene in downtown Boston. And he made notes and drew sketches and thought about color and pigment and brushstroke and history and human interaction; about the beauty of the beasts of burden, the power and mystery of their presence in our world, and he thought about the people and the faces he set out to paint, about what they showed of lives lived and about how those lives can be enshrined on canvas." - written by artist and blogger Marilyn Richardson