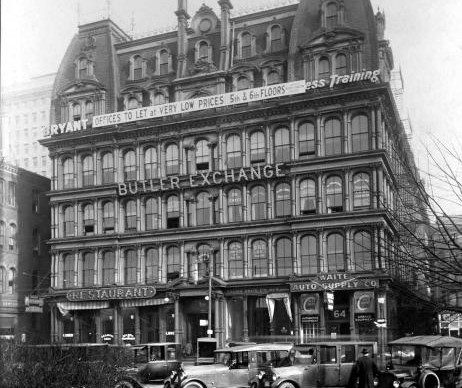 As listed on the organization’s website: “Providence Public Library differs from public libraries in most American cities in that it is privately governed and supported, but it serves the people in the best “public” sense of the word.  It is owned and governed by a Board of Trustees whose members are elected for four-year terms by the Corporation.

The origins of the Providence Public Library date to June 1871 when representatives from The Franklin Society, the Rhode Island Society for the Encouragement of Domestic Industry, The Franklin Lyceum, and the Association of Mechanics and Manufacturers first met to form a Free Public Library, Art Gallery, and a Museum of Natural History. The group planned that the libraries of each society would be merged for the free use of the members and for general reference by the public.”

In 1945, a series of Nancy Elizabeth Prophet's sculptures were featured at the Providence Public Library's Negro art and Literature Exhibit.  This was the only exhibit her father attended, representing the first time he ever viewed her work.  Despite their supposedly troubled relationship, with muted joy, he claimed her gilded Terra Cotta piece was inspired by him.