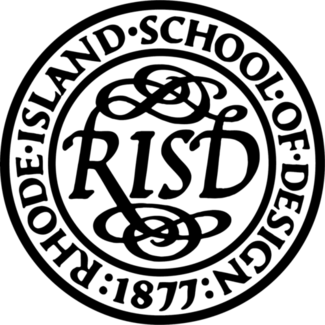 Before teaching in various public elementary schools in Providence, Mary Jennings earned her Bachelor of Fine Arts at RISD.

In 1918, Nancy Elizabeth Prophet graduates from RISD, her training as a sculptor would take her to Harlem, Atlanta, and Paris. The RISD museum holds pieces of her work.

After graduating from Morehouse, Wilmer Jennings attended RISD in 1933 to study jewelry design, painting, and printmaking.

E. Vernon Scott studied violin at the Rhode Island School of Design during the early 1930s and was an active member of this institution's orchestra. -written by Felicia Bevel

Mahler Ryder was a teacher of illustration at the Rhode Island School of Design. Prior to coming to RISD, Ryder founded the Studio Museum in Harlem, NYC. He traveled throughout the United States, Canada and Europe exhibiting his art, and some of his visual work was inspired by jazz music.

On March 24, 1966 The Rhode Island School of Design had an exhibit for the art of Edward Mitchell Bannister. His work seemed to have a renaissance of sorts during this period of time.

Jennings came to Rhode Island School of Design in 1933 for additional training as a jewelry designer, painter, and printmaker.